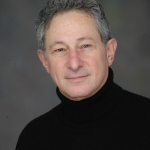 If you are worried you have gum disease, or worse been told you’ve got it , what does it mean?    Periodontal Disease describes a syndrome characterized by bleeding gums, bone loss with or without pocketing. Mobility of teeth , bad breath and/or receding gums may be present. Why does it happen.? Perio Disease happens to be one of the bodies responses to inflammation caused by bacteria around and attached to teeth. Plaque left on tooth surfaces long enough gets progressively nastier(has more anaerobic bacteria) and more toxic to the body. Inflammation is the bodies defense against the bacteria and they’re toxins, and it seems that this inflammation can lead to breakdown of the bodies collagen and bone which leads to “pocketing”(crevices of more than 3mm between the gums and the teeth). These pockets tend to be harder to keep clean and tend to harbor nasty bacterias which can lead to even further bone breakdown. they also tend to gather tartar which often is not removed with ordinary cleanings by the hygienest.   So what to do about it?    Deep scaling and rootplanning (or Initial Therapy for Gum Disease) is the best place to start. The patient is anesthetized and quadrants of the mouth are meticulously cleaned using currettes gently placed under the gums. Some of this is normally done by the hygienest during a normal cleaning , but a better, more definitive job can be done one quarter  of the mouth at a time while the mouth is numb. At these initially therapy visits (2or 4 visits usually) homecare training is given. This patient education may be the most important part of the visits since a patients ability to keep their mouth clean will probably determine whether their mouth remains healthy afterwards. Also patients are often dosed with tetracycline drugs,either topically or in pill form during and after treatments since they tend to allow for better shrinking of the pockets and lessen inflammation which might make your condition worsen.   When this initial therapy is over, It is best to place patients on a frequent re-care schedule and their mouth remains healthy .  Cleaning with our hygienests every three months is usually recommended.  If there is a worsening of the periodontal condition this will be caught during a  subsequent re-care examination.